No public release (at least yet), but I made a two part program for games competitions at a LAN party we attended last weekend.

The first part of the program is a MUI GUI where you can enter player names, put in their scores, sort the competitors randomly or by the score, and upload the lists to a remote machine which displays the results in a prettier screen. 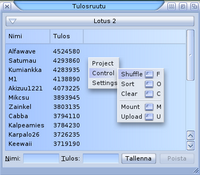 The second part of the program displays the player/score lists in a fullscreen display. You can also split the entries to 2-9 player groups and it tries to split uneven amounts of players to as equal groups as possible. For example with 4 player groups it creates as many three player groups as needed, instead of leaving for example two player to the last group. The grouping feature was used to arrange qualifying rounds to the games where you can have only limited amount of simultaneous players. The program also accepts remote controlling via ARexx. 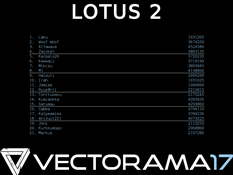 We had a MorphOS IBook to input the scores and MorphOS Mac mini to display the scores. The Mac mini could be used without keyboard and mouse, because I made a inetd.conf entry which allowed a remote controlling of the whole machine/program. You can just echo commands to a certain port on the remote machine to control it.

The whole system worked just fine, despite the lack of testing

Few photos of it in the actual use can be seen here: http://saku.bbs.fi/yhdistys/tapahtumat/ ... index.html
My Hollywood applications
Top

Re: Results program/screen for game competitions