Bad results when saving an anim to GIF

Bad results when saving an anim to GIF

I've been trying to save anims to gifs, but seem to get some garbage to the saved gif anims often. I tried to play with different options (dither, colors, optimize, transparency), but seems that I can't find anything which would make a difference. I'm starting to think that maybe gif saving is buggy somehow?

And image after saving and reloading the new gif anim: 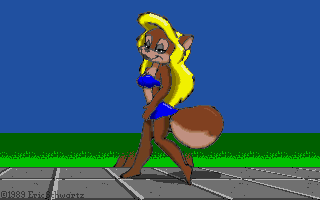 In this example most of the frames look good, but then there are few in the middle with some leftovers and other glitches which don't belong to the image.

Same happens with SaveAnim and WriteAnimFrame.... and saving to for example APNG doesn't result similar garbage.
My Hollywood applications
Top

Re: Bad results when saving an anim to GIF

Yes, clearly a bug. This bug was introduced in Hollywood 6.0 when I implemented the following fix:

It's fixed now. Thanks for reporting!
Top
Post Reply
2 posts • Page 1 of 1